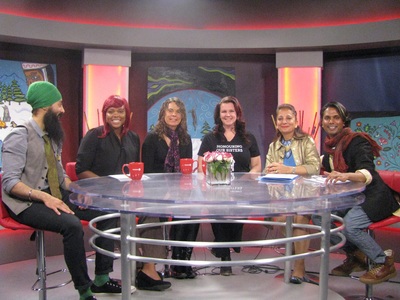 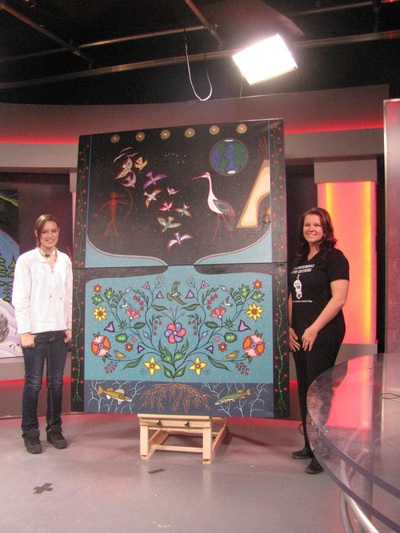 Educators bring Indigenous knowledge into the classroom
March 25, 2015
Several schools have recently highlighted innovative and successful methods of including Aboriginal perspectives and ways of knowing in curricula. At St Thomas Aquinas Secondary School in Brampton, Ontario, students worked with local storyteller Isaac Murdoch and Métis artist Christi Belcourt to develop a series of murals based on a traditional Anishinabek legend. Another method used to include Indigenous perspectives in ON schools is theatre; the Elementary Teachers' Federation of Ontario (ETFO) is launching a 10-week tour of the play Spirit Horse in order to teach students and teachers in 75 communities about First Nations, Métis, and Inuit diversity, history, and perspectives. Theatre is also used by University of Lethbridge professor Michelle Hogue in her Learning Science Through Theatre program, which, along with the K’ITSM-Club, introduces Aboriginal youth to science and math topics from an Indigenous perspective. Back in ON, the University of Windsor’s Aboriginal Education Centre has partnered with the Windsor Essex Catholic District School Board on the delivery of 2 programs that use physical activity to introduce students to STEAM (science, technology, engineering, arts, and mathematics) topics. And in BC, Stawamus Elementary School will no longer operate as a traditional elementary school and will transition to the Cultural Journeys program, a collaboration between the local school division and the Squamish Nation. The new program, open to all students, is an outdoors-based, academically rigorous education program with a First Nations focus.